Saturday’s dispersal sale of the Perdi and Knighton flocks of Bleu du Maine, Charollais, Rouge and Bluefaced Leicester sheep on behalf of the executors of the late Percy and Diana Tait will likely go down in the history books of sheep dispersal sales for some years to come.

The sale, which took place at Worcester Livestock Market with auctioneers McCartneys officiating alongside Harrison and Hetherington, saw a total of 132 lots across four breeds average a phenomenal £1557.

Commenting on the sale McCartneys auctioneer James Amphlett said: “It was an honour to be a part of this historic sale. From start to finish demand from buyers across the UK and Ireland was strong. It was credit to the quality sheep put forward and the hard work put in by shepherds Will Price and Jan Williams and their team.”

Leading the way with a joint top price of 6000gns was a January 2018-born Bleu Du Maine ewe, Perdi Rachelle. By Randalstown Nugget, she is a granddaughter of the flock’s successful ewe Perdi Mona Lisa. Having been shown as a lamb, she won her class at both Shropshire and Staffordshire County Show. She sold, having been served to Perdi Topspec, to Neil Millar, Lockerbie, Dumfries.

Second highest priced Bleu Du Maine at 3600gns was the shearling ewe, Perdi Sophie, another by Nugget and this time out of a homebred Greenside Lynn daughter. Having been scanned with a single to Perdi Topspec, this one found a new home with Haydon House Farm Partnership, Taunton, Somerset.

The top priced Rouge and joint highest sale price at 6000gns was Knighton Wench, a ewe lamb by Raindale Universe. This one is out of Knighton Sugar Tits, herself a highly successful show girl having notched up female championships at Shropshire, Staffordshire and the Great Yorkshire Shows and breed championships at The Royal Three Counties and the Royal Highland Show, as well as part of the interbreed pairs champions at the Royal Highland. She was knocked down after spirited bidding to Michael and Melanie Alford, Cullompton, Devon for their recently established Foxhill flock.

Joining her daughter to start the new family line at Foxhill, was Knighton Sugar Tits herself, who was purchased for 5000gns, the second highest price Rouge on the day.

The top priced Rouge shearling ewe at 2600gns was Knighton Vanquish, a daughter of Knighton Slowsuck and a granddaughter of the flock’s successful breeding ewe, Knighton Harriet. This one sold to J Nairey, Blackburn, Lancashire.

The Charollais females met an equally strong trade with a top price of 4500gns for Knighton 18YXR01356. By Rhaeadr Popeye out of a Parkgate ewe by Carnew Nijinsky, she was shown successfully last year taking breed and interbreed championship at North Somerset and Shropshire shows, as well as breed championships at Staffordshire and The Royal Three Counties. She sold in a two-way partnership to Grant Pink, Shrewsbury, Shropshire and David and Joe Lewis, Sandbach, Cheshire.

The top priced Charollais shearling ewe at 3500gns was Knighton 19YXR01539, a daughter of a Honddu ram out of an Artnagullion ewe which sold previously in the sale for 2400gns. This one was knocked down to Tom Quinn, Duns Berwickshire, who was buying on behalf of his grandsons Angus and Brodie for the Anbro flock.

At 2200gns was the highest priced Charollais ewe lamb, Knighton 20YXR01696, a daughter of a Springhill tup out of a homebred dam. She was knocked down to previous buyer David Roberts, Shrewsbury, Shropshire.

All images used in the catalogue can be purchased from the website by visiting the photo sales section of the website. Please refrain from lifting from the website for use on social media, low res digital download options are available to purchase. 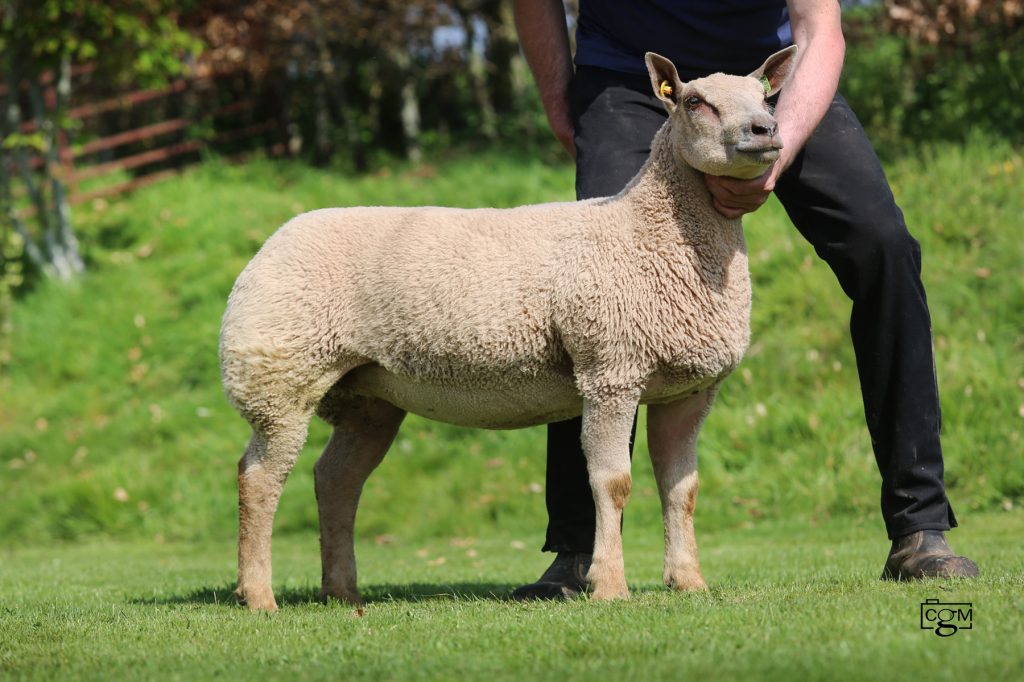 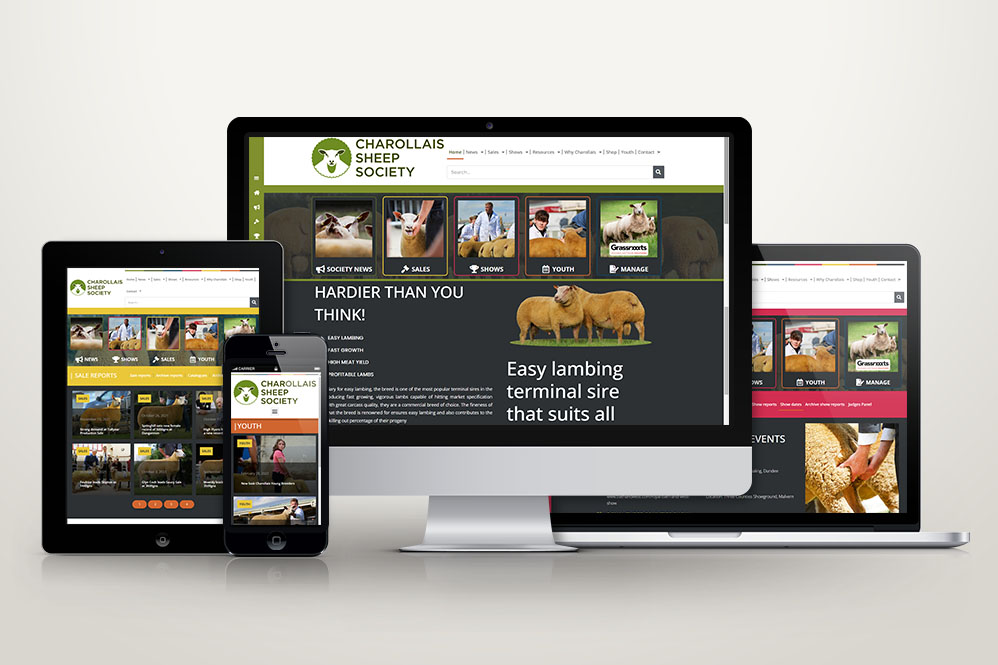 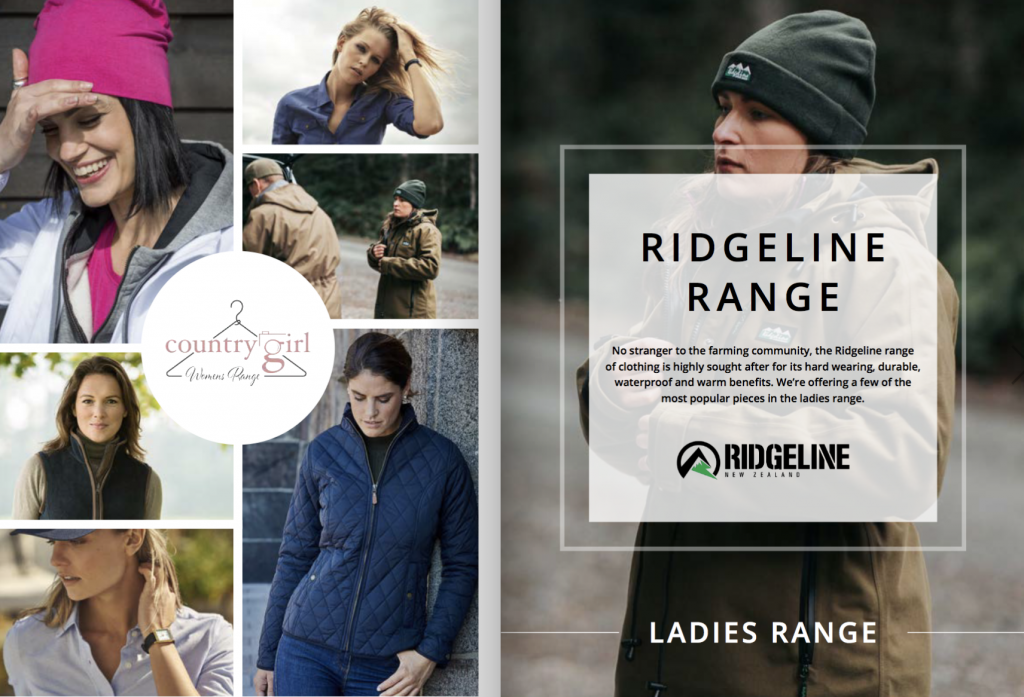 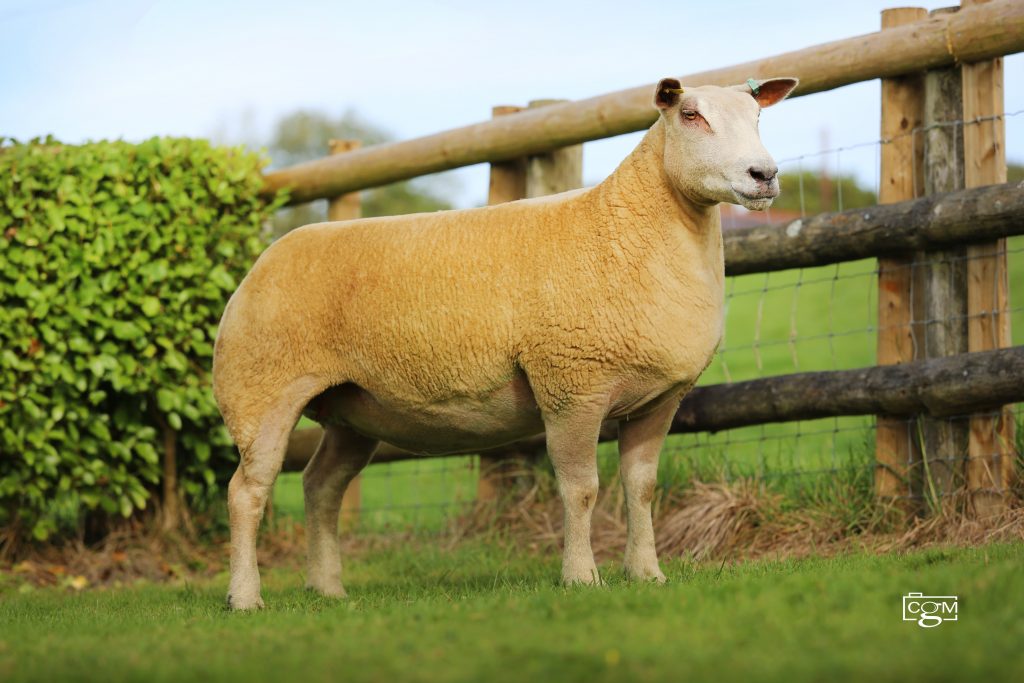 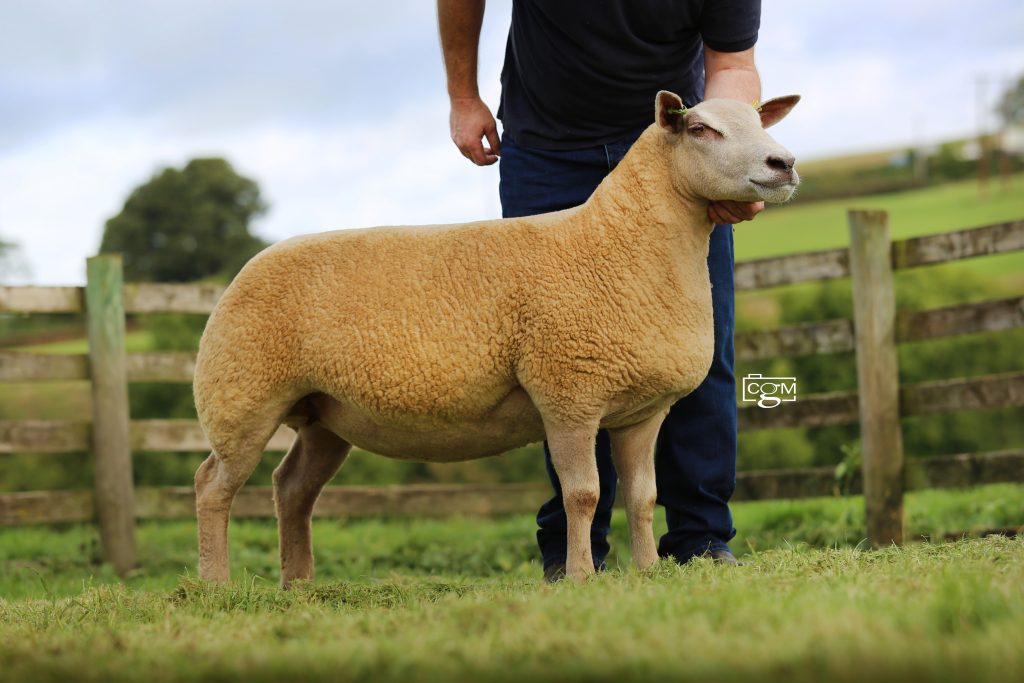 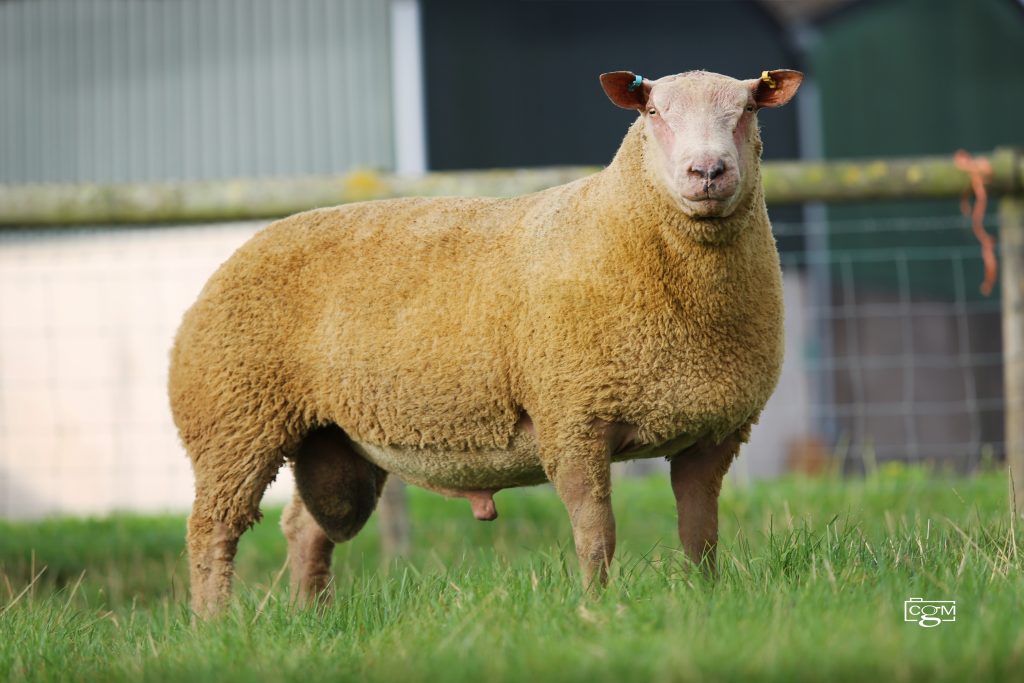